The latest findings from a leading Scottish business survey by the Scottish Chambers of Commerce (SCC), shows the Scottish economy struggling against a growing whirlwind of pressures including increased input costs, inflationary hikes, mis-judged economic policy choices by the UK Government and increased pessimism over the global economic outlook.

• INFLATION REMAINS TOP CONCERN: Last quarter saw record high level of concern from inflation, cited by 92% of all firms. While it has eased over the quarter, it remains at significantly high levels for the survey at 88% of all firms, compared to the average of 35% from 2018 – 2021.
• ENERGY BILLS TOP LIST OF COST PRESSURES: The top cost pressure is from utilities such as electricity and gas with it being cited by 80% of firms, followed by labour costs at 72% and then fuel costs at 63% of firms.
• FIRMS STILL PLANNING TO RAISE PRICES: 8 in 10 of all firms indicate that they intend to raise the prices that they charge over the next quarter, this is a record high for the survey and a figure which has grown exponentially over the year. In comparison, 50% of all firms said they would increase their prices in Q3 2021 last year.
• STRUGGLING CONFIDENCE: Cashflow and profits remain weak across all sectors. On balance, all firms have reported a fall in confidence compared to the previous quarter and a more significant fall compared to last year. On a sectoral basis, construction, retail and tourism sectors all reported falls on balance.

“There is more pressure to come in the winter months. The signs of an economic bounce back don’t look promising as more and more firms are telling us that they have been forced to cancel contracts, projects or plans to expand, due to soaring costs and difficulty in hiring people.

“Whilst we recognise the strain that has been placed on the public finances, governments in Edinburgh and London must make clear how businesses will be supported to survive through the difficult months ahead and what measures will be put in place to support long-term growth.”

“The Scottish Government’s Emergency Budget – which also faces immense budgetary pressures – must set out how it intends to protect businesses and industries from the worst effects of the mounting costs crisis. It should also set out how Scotland’s taxation policies such as income tax and LBTT will apply competitiveness to help attract investment and create jobs.

“The emergency budget as well as the December Budget should do more to ease the overall cost burdens on business. The main cost burden on firms could be reduced by cutting the headline poundage rate of Non-Domestic Rates, and delaying changes to the NDR appeals system which are set to add significant bureaucracy and costs to firms.

“In addition, we have constructively engaged with Scottish Government with the recommendation to delay or roll-back burdensome regulations such as the short-term lets licensing scheme and the deposit return scheme. Acting on this would send the right signal to industry.”

“Energy bills continue to be the most pressing cost pressure for firms. The decision by the UK Government to roll back on the energy support for households and firms from next April is a major concern. We urge the Chancellor to engage with the business community urgently and provide clarity on the proposed targeted support beyond April for the most vulnerable sectors and avoid cliff edge scenarios.

“While upping the windfall tax on oil and gas firms to pay for energy bill support continues to be argued by politicians, we would urge the Scottish and UK Government to prioritise industry engagement on their future plans which could incentivise or inhibit business and investor confidence. The priority focus should be on bolstering our energy efficiency, security of supply and a just transition.”

“Producer Price Inflation now stands at 20% which has led to a record number (80%) of firms indicating that they intend to raise the prices they charge next quarter.

“With the Bank of England set to raise interest rates again in the coming weeks, businesses are caught between rising input and borrowing costs.

“We need to see a clear long-term economic prospectus from the UK Government which will provide a stable environment for investment.”

“Along with rising costs and energy bills, labour shortages are among the greatest challenge facing firms and must be urgently addressed. The survey indicates that recruitment difficulties have been on the rise through 2022 and have significantly increased since 2021, with the manufacturing and tourism sectors seeing the most difficulty hiring people.

“Whilst we welcome the impending review of the Shortage Occupation List, the Migration Advisory Committee’s recommendations are unlikely to be published until spring 2023. This is simply not quick enough and other ways should be considered to alleviate labour pressures over winter, such as the issuing of short-term visas for critical sectors such as logistics and social care.”

Commenting on the results, Mairi Spowage, Director at the University of Strathclyde’s Fraser of Allander Institute, said:

“It has felt like the most extraordinary few weeks of political turmoil. The “mini” budget and the associated market turbulence has put upward pressure on the costs of government borrowing – and in turn, the costs of borrowing across the economy.

“The U-turns we have seen have, at the time of writing, calmed the markets somewhat. The new chancellor will be setting out his Medium-Term Fiscal Plan on 31st October. Given the mistakes that have been made by his predecessor, it is likely that Jeremy Hunt will have to go further in terms of spending restraint and potential tax rises compared to what may have been the case without the chaos.

“Closer to home, we are expecting the Scottish Government to present their Emergency Budget review next week.

“Whilst this is likely to focus on areas where further savings have been identified to help fund public sector pay settlements, it will be interesting to see what further measures are announced to support households and businesses through the next few months.” 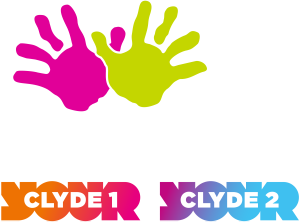 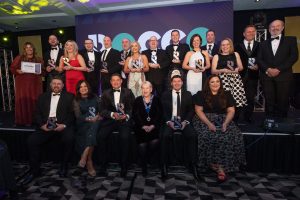 Find out more
Manage Cookie Consent
To provide the best experiences, we use technologies like cookies to store and/or access device information. Consenting to these technologies will allow us to process data such as browsing behaviour or unique IDs on this site. Not consenting or withdrawing consent, may adversely affect certain features and functions.
Manage options Manage services Manage vendors Read more about these purposes
View preferences
{title} {title} {title}